1 The surviving text also calls for a minstrel to perform unspecified tunes at the conclusion of the banns (see line 80).

by: John T. Sebastian (Editor)
from: Croxton Play of the Sacrament  2012

The Play of the Sacrament quotes from the liturgy regularly and calls specifically for the singing of liturgical songs on two occasions:1


1. The Corpus Christi antiphon O sacrum convivium is sung by the bishop and Jews following line 841 as they process from the site of the Host’s miraculous transformation to the church where it will be enshrined. The Feast of Corpus Christi was introduced into the church’s annual cycle of worship in the thirteenth century and by the early fourteenth century was celebrated universally throughout the church, including in England. Authorship of the liturgy used to celebrate the feast, including O sacrum convivium, has traditionally been attributed to St. Thomas Aquinas.
2. The play concludes with the church’s great hymn of thanksgiving, Te Deum laudamus, which might well have been the occasion for another procession comprised of the play’s actors as well as its audience following line 1007. According to tradition the Te Deum was composed by Saints Ambrose and Augustine, and while their involvement has since been challenged, the hymn is nevertheless an ancient one. It was employed by the church on a variety of liturgical occasions, during processions, at the conclusion of liturgical as well as nonliturgical plays, and on individual occasions when the offering of thanks was deemed appropriate.

The music and Latin text given below are transcribed from Worcester Cathedral Library MS F.160 (the Worcester Antiphoner).2 These two songs circulated in different versions throughout medieval Europe; the music that is reproduced here is intended to provide only a general impression of the kind of music likely to have been performed before medieval audiences and as an aid to modern performers interested in re-creating the music of the original play. English translations of the texts can be found in the Explanatory Notes. 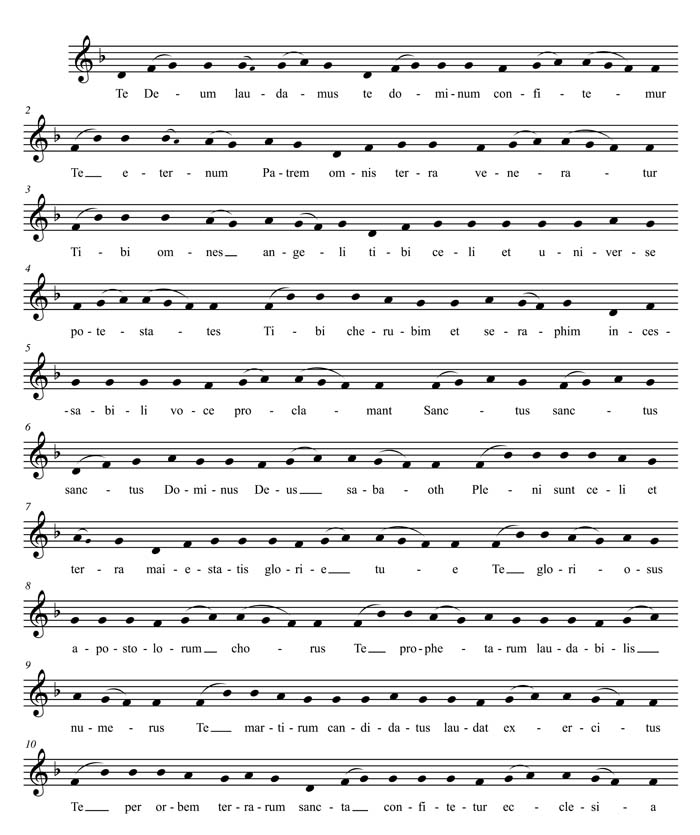 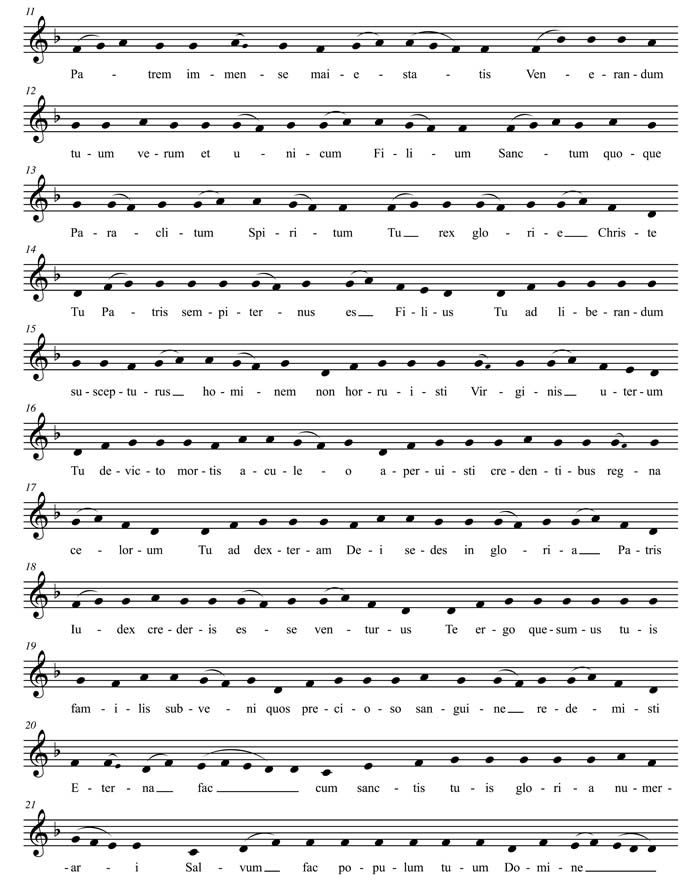 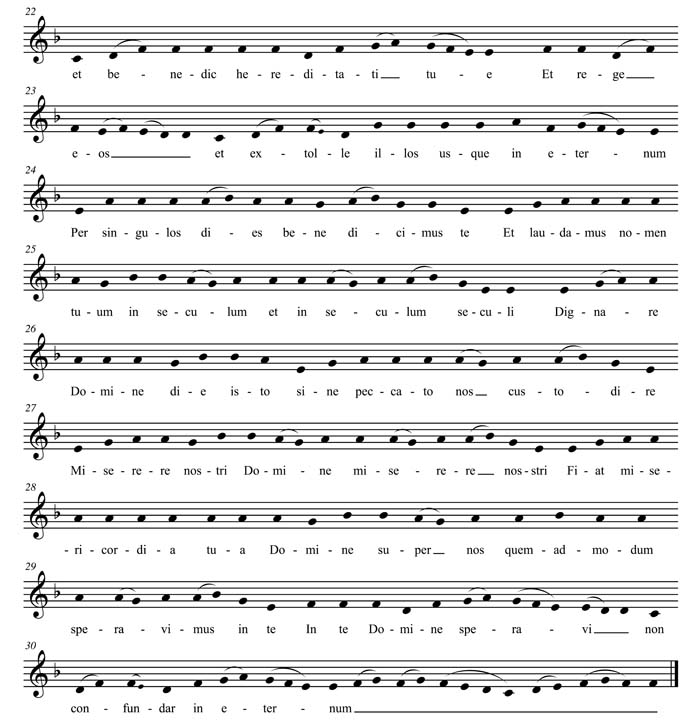 
1 The surviving text also calls for a minstrel to perform unspecified tunes at the conclusion of the banns (see line 80).