These photos record the Rossell Hope Robbins Library exhibition, "Eugène Vinaver's Magnificent Malory," that ran from July to November of 2013. All the green pages displayed are labels for the items featured in the exhibit; to view the text for these labels, see here. 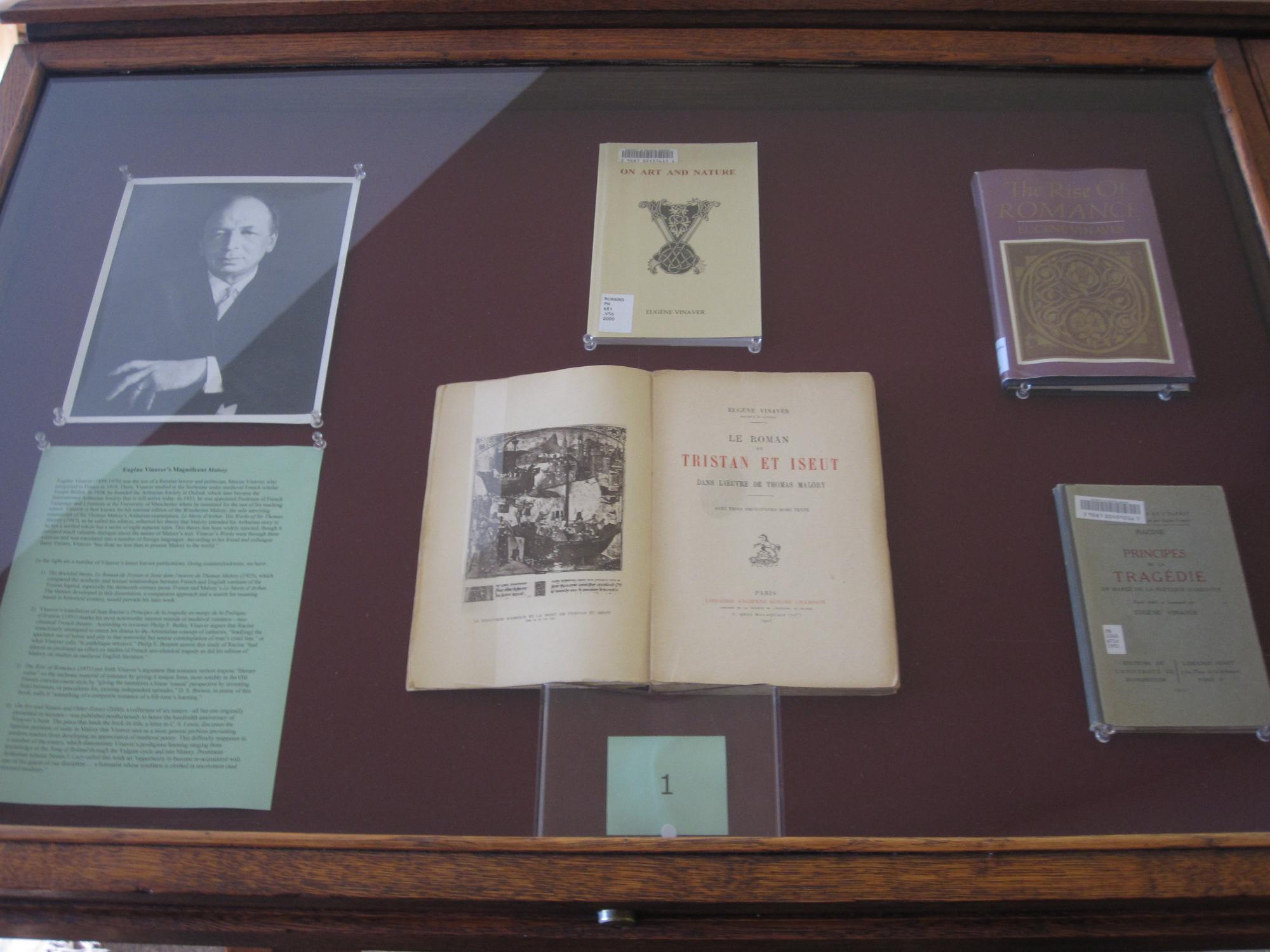 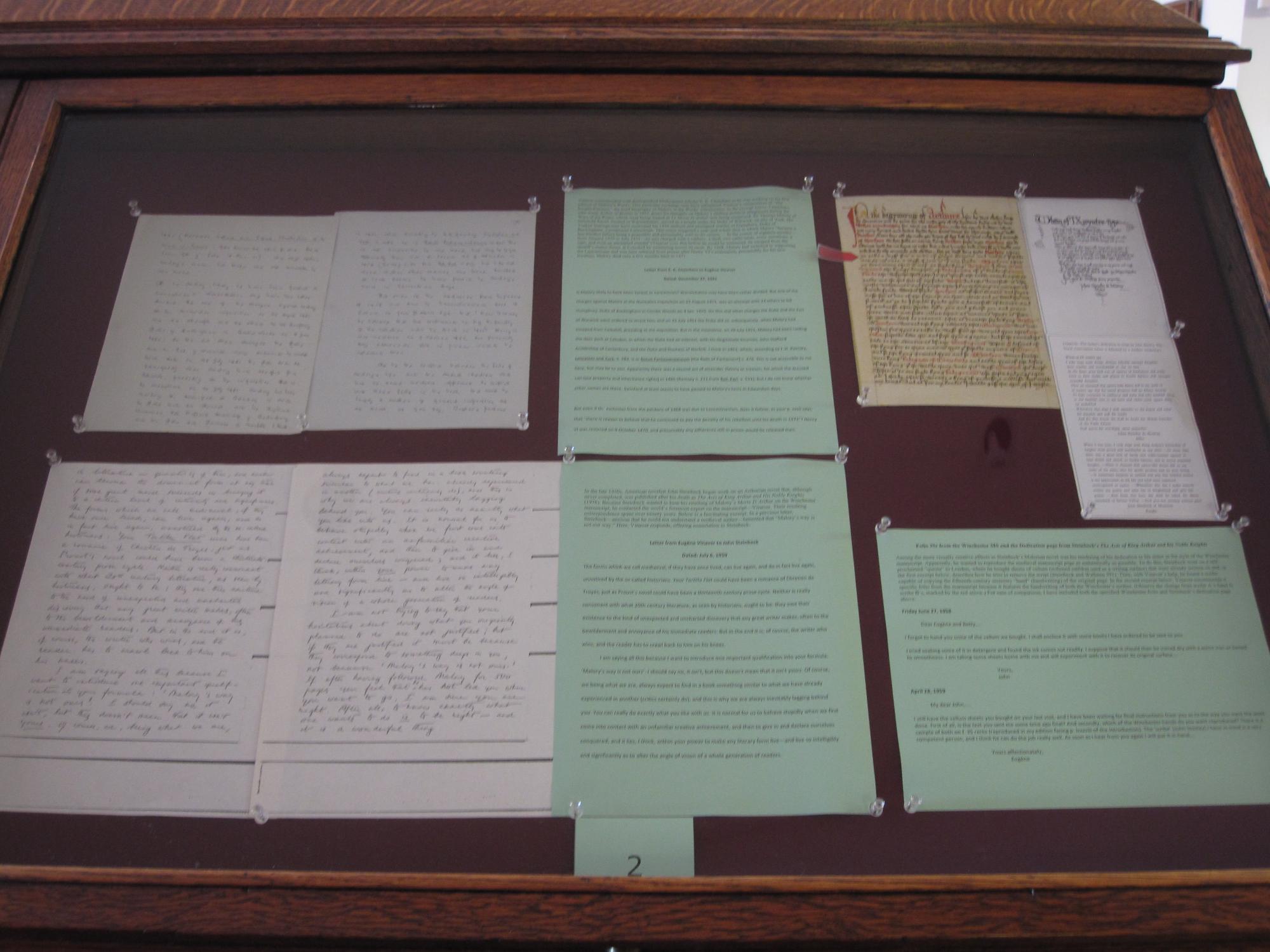 Counterclockwise from top left: A letter from E. K. Chambers to Vinaver dated December 27, 1941; a letter from Vinaver to John Steinbeck dated July 6, 1959; a comparative look at a folio from the Winchester manuscript and Steinbeck's dedication page (whose script was modelled on that of the Winchester's scribes) to his novel The Acts of King Arthur and His Noble Knights.

Case Three: The Winchester Discovery and the First Edition of Works 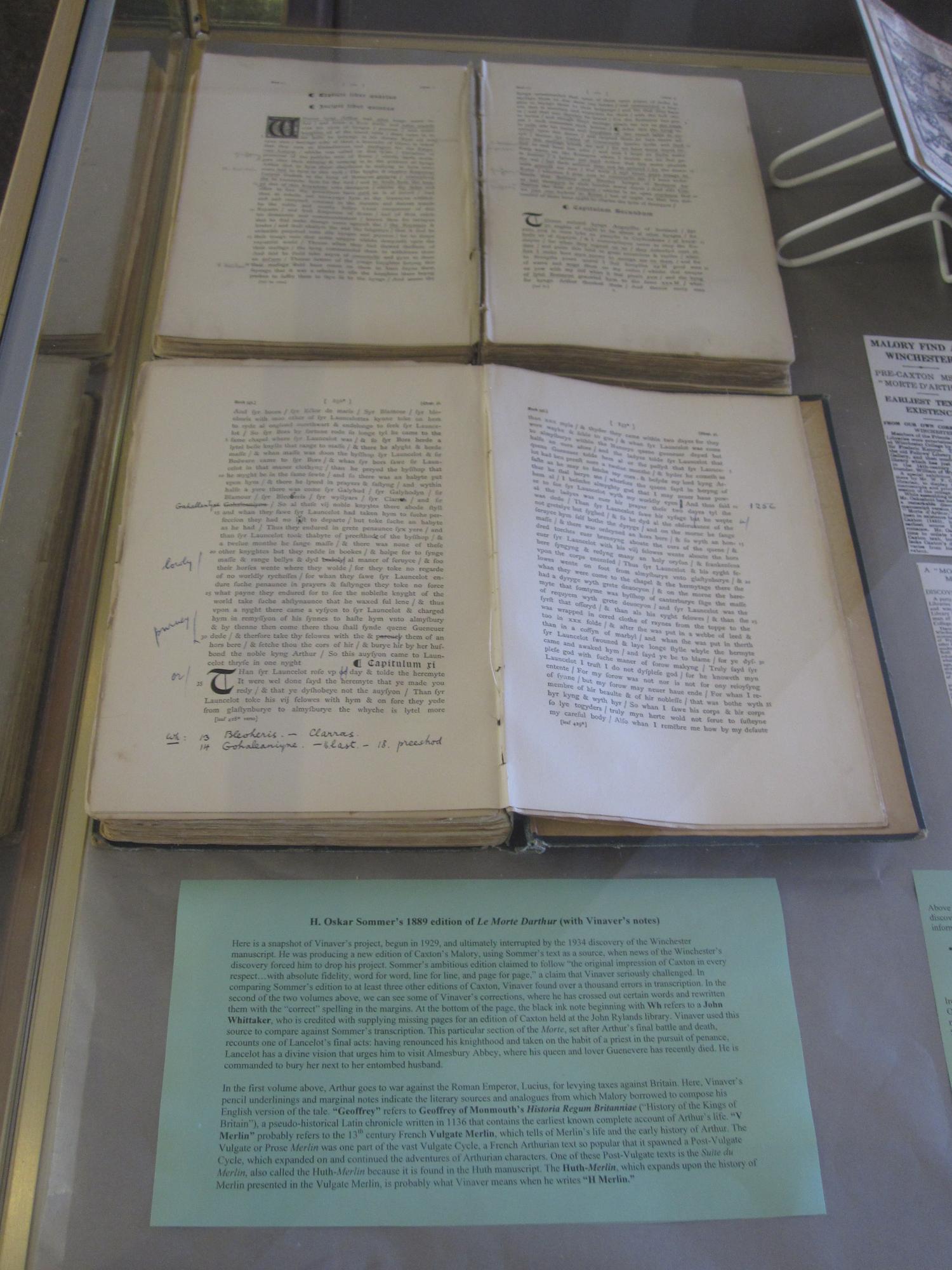 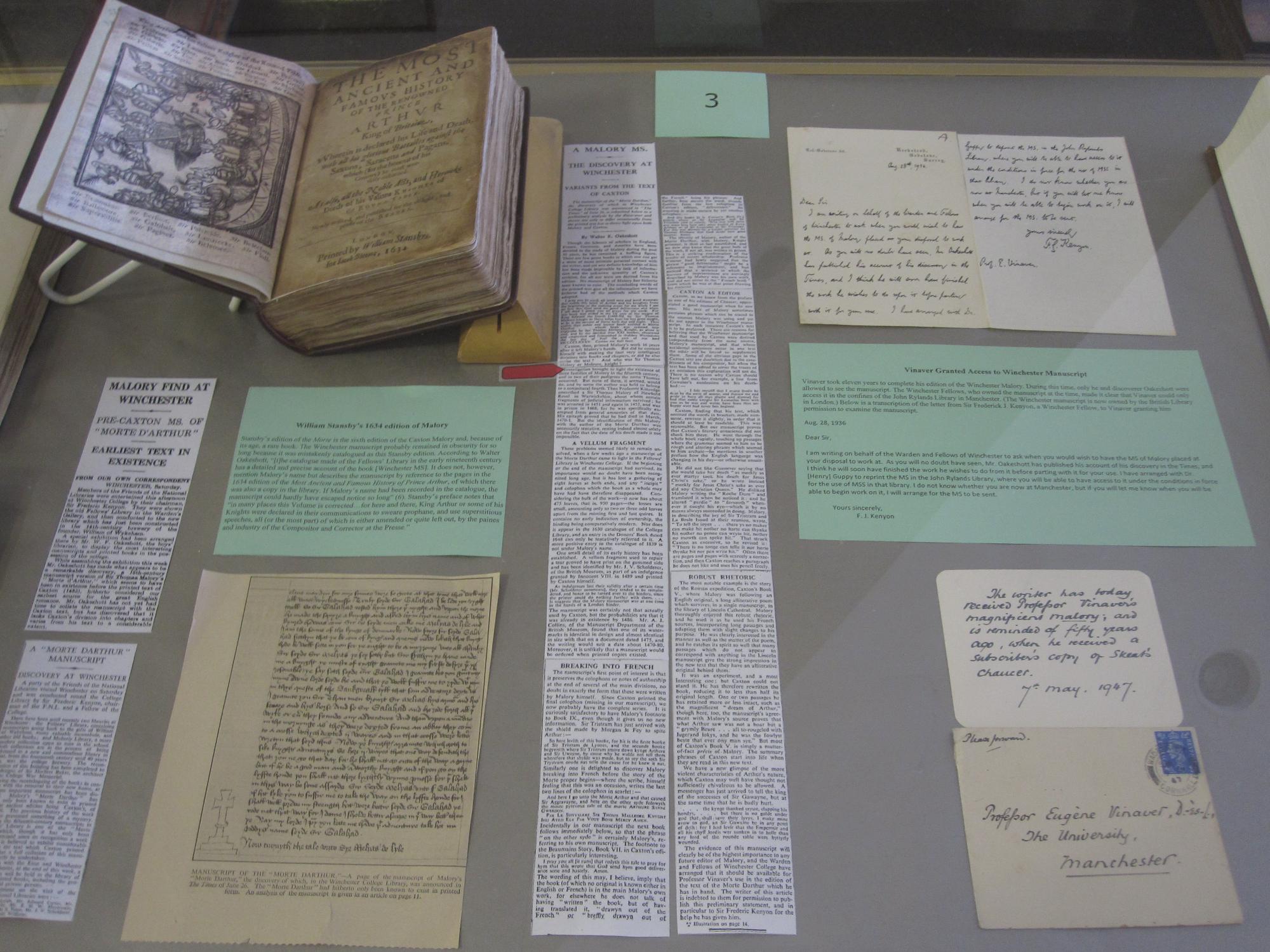 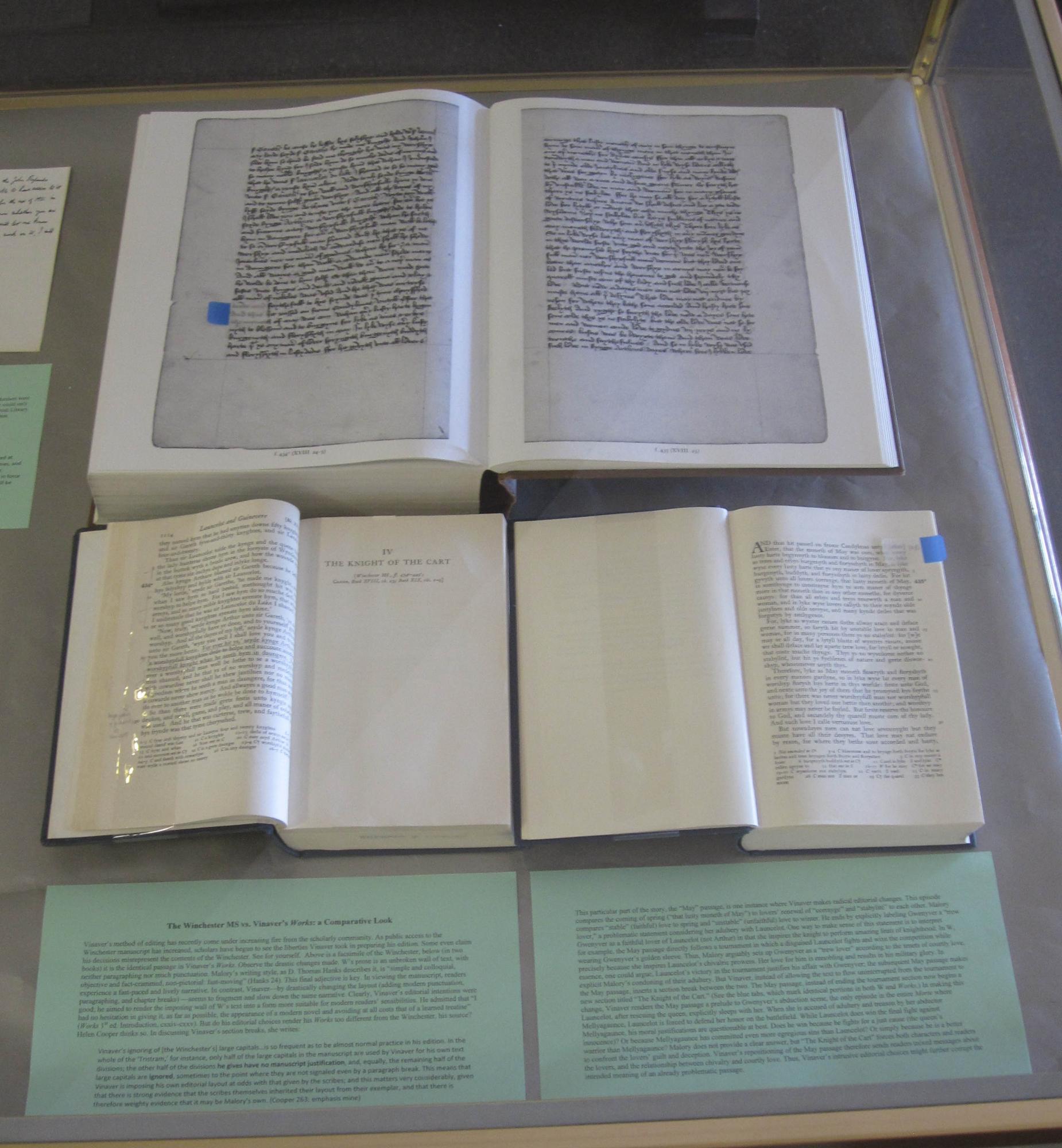 This view of Case 3 displays two versions of the same passage (the so-called "May" passage) in Malory: the massive volume on top is a facsimile of the Winchester manuscript while the two books below it display the identical passage in Vinaver's Works. 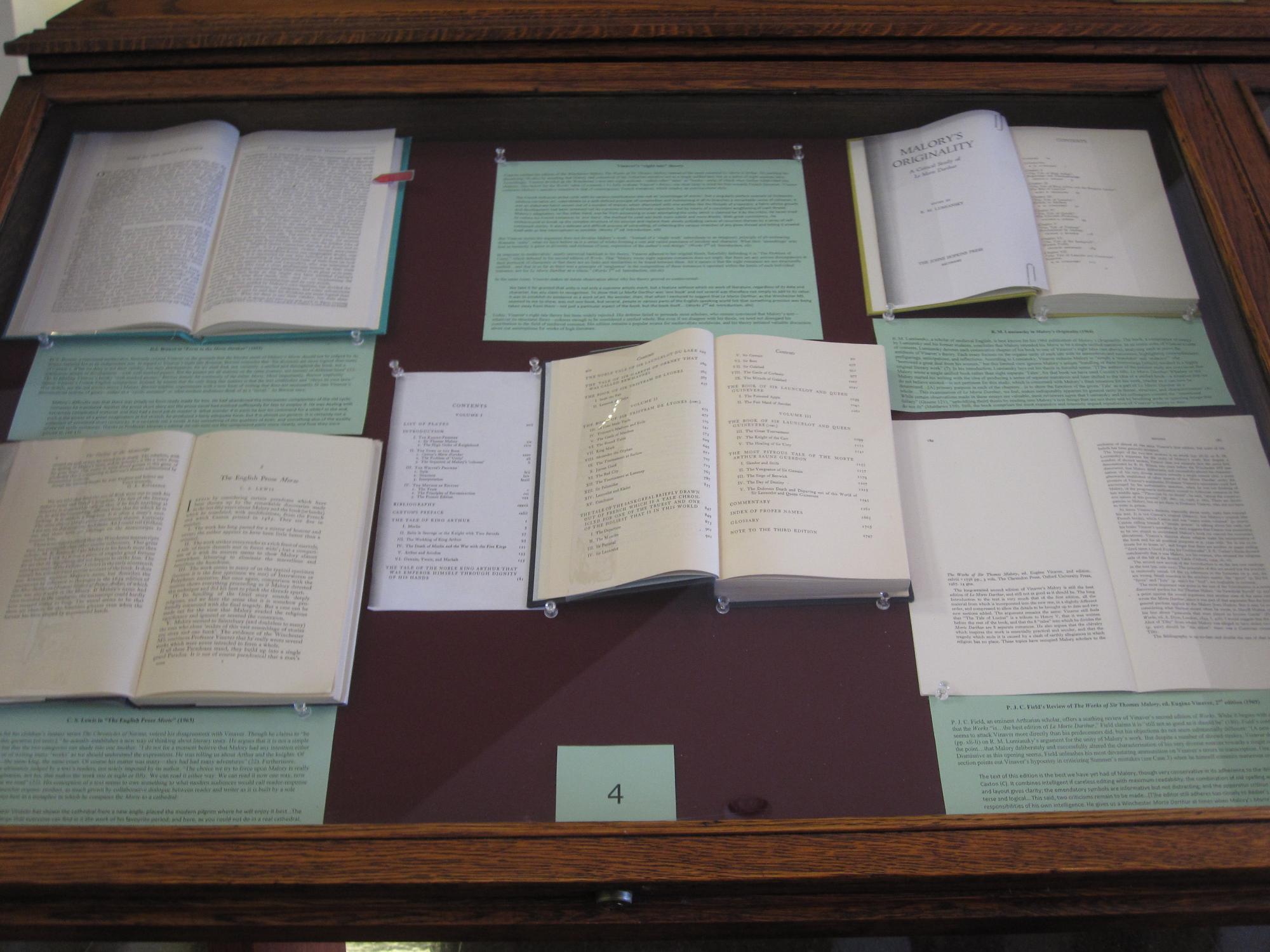 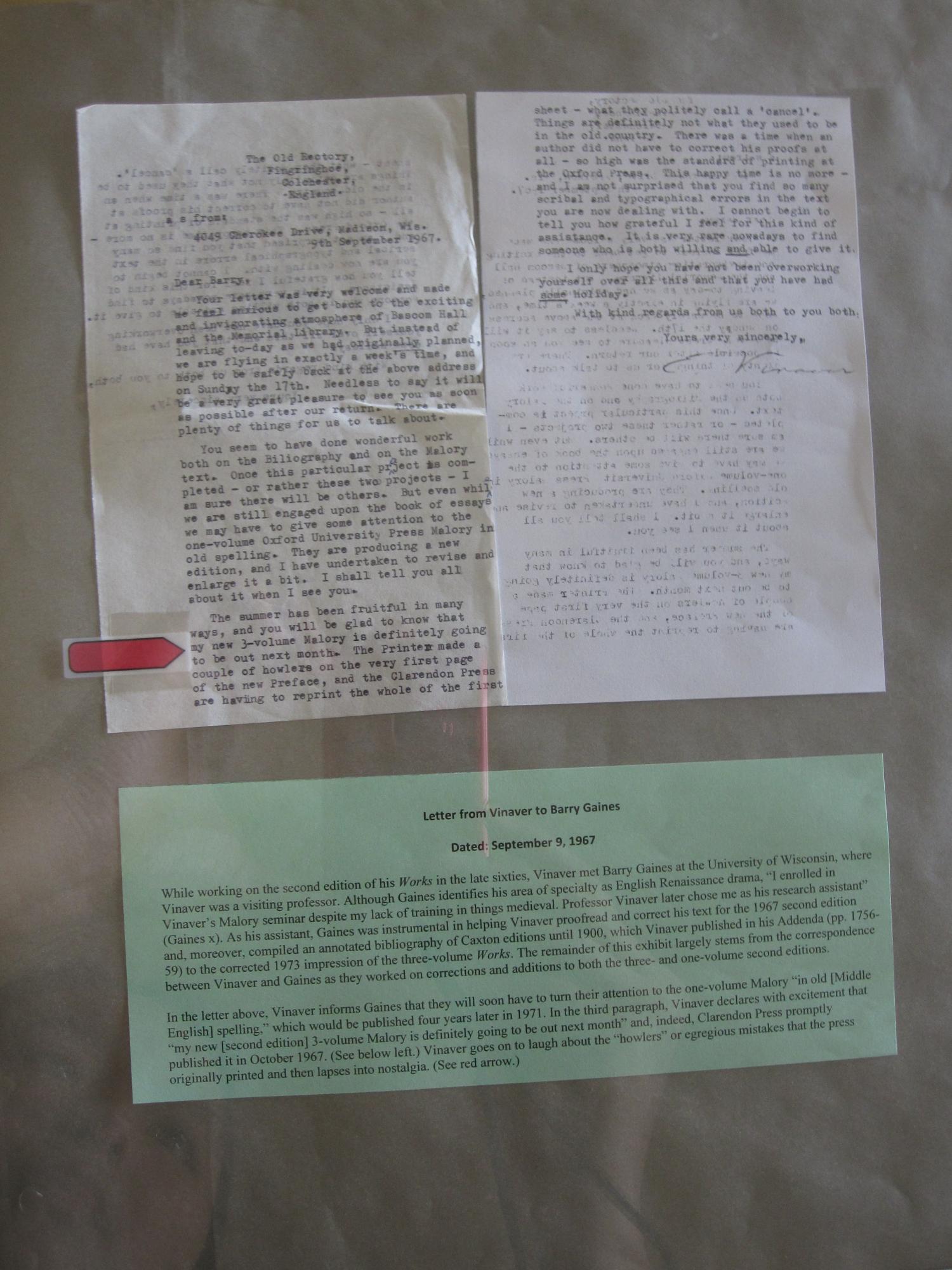 This view of Case 5 displays a letter from Vinaver to Gaines, dated September 9, 1967. 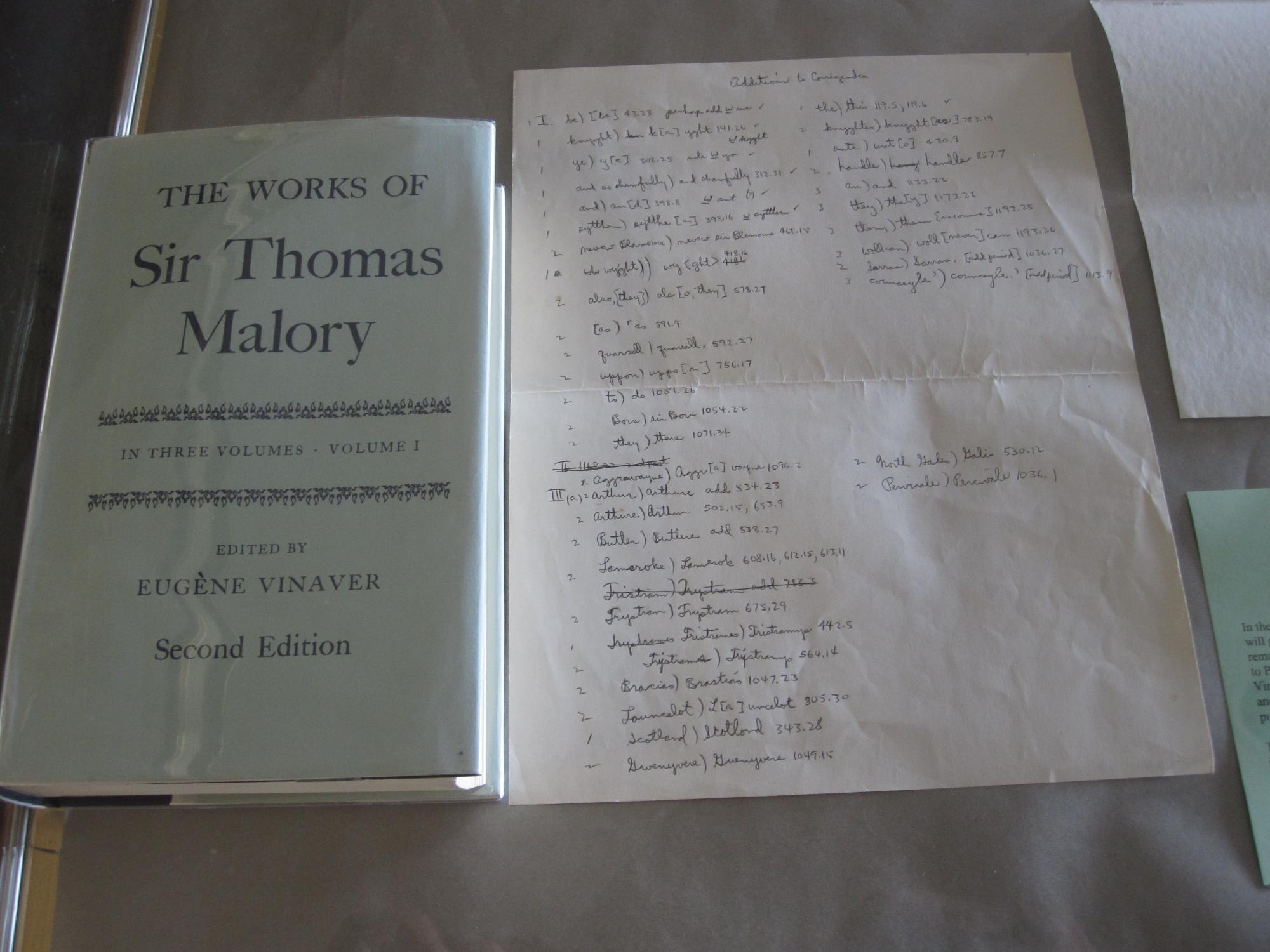 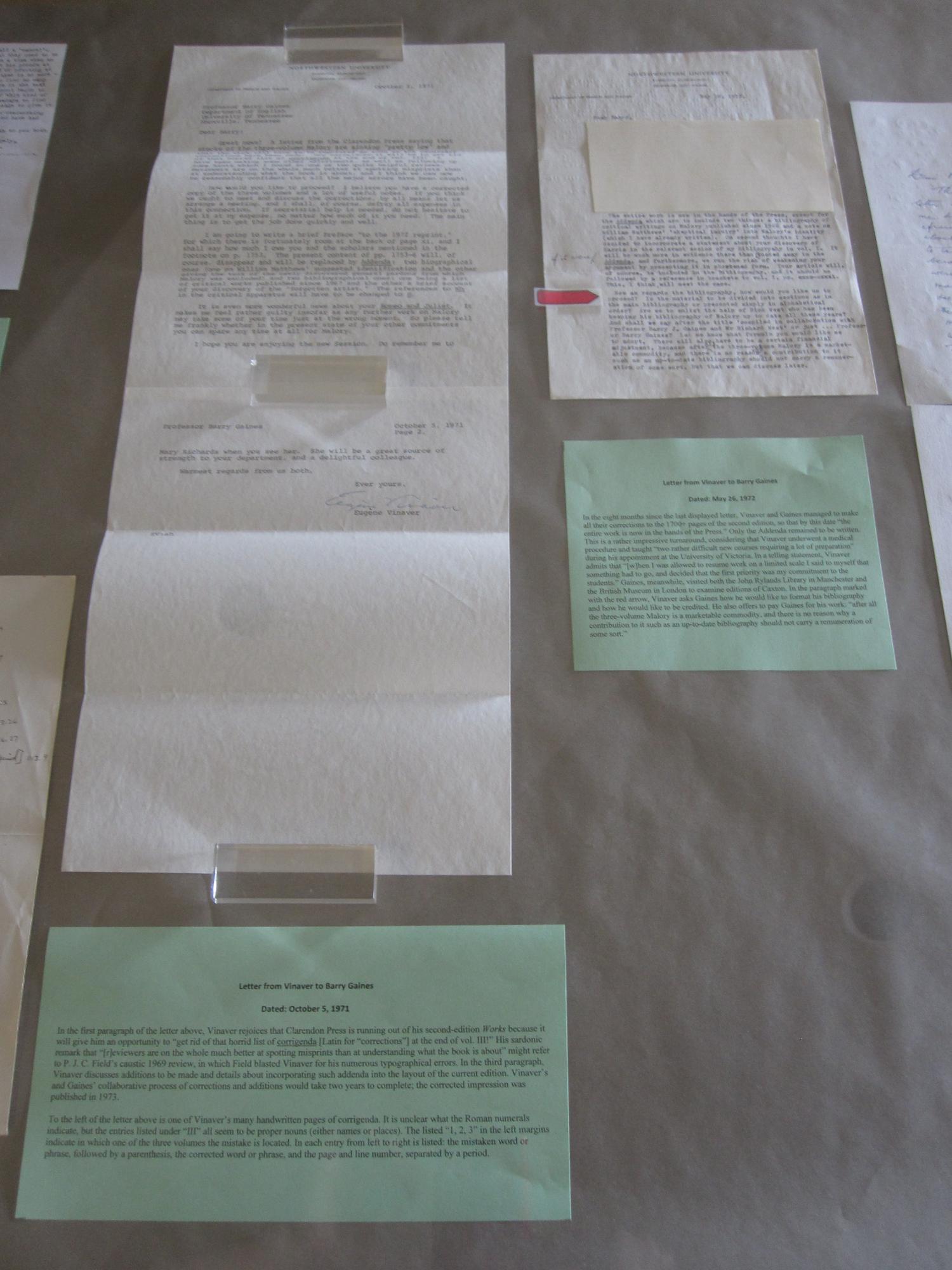 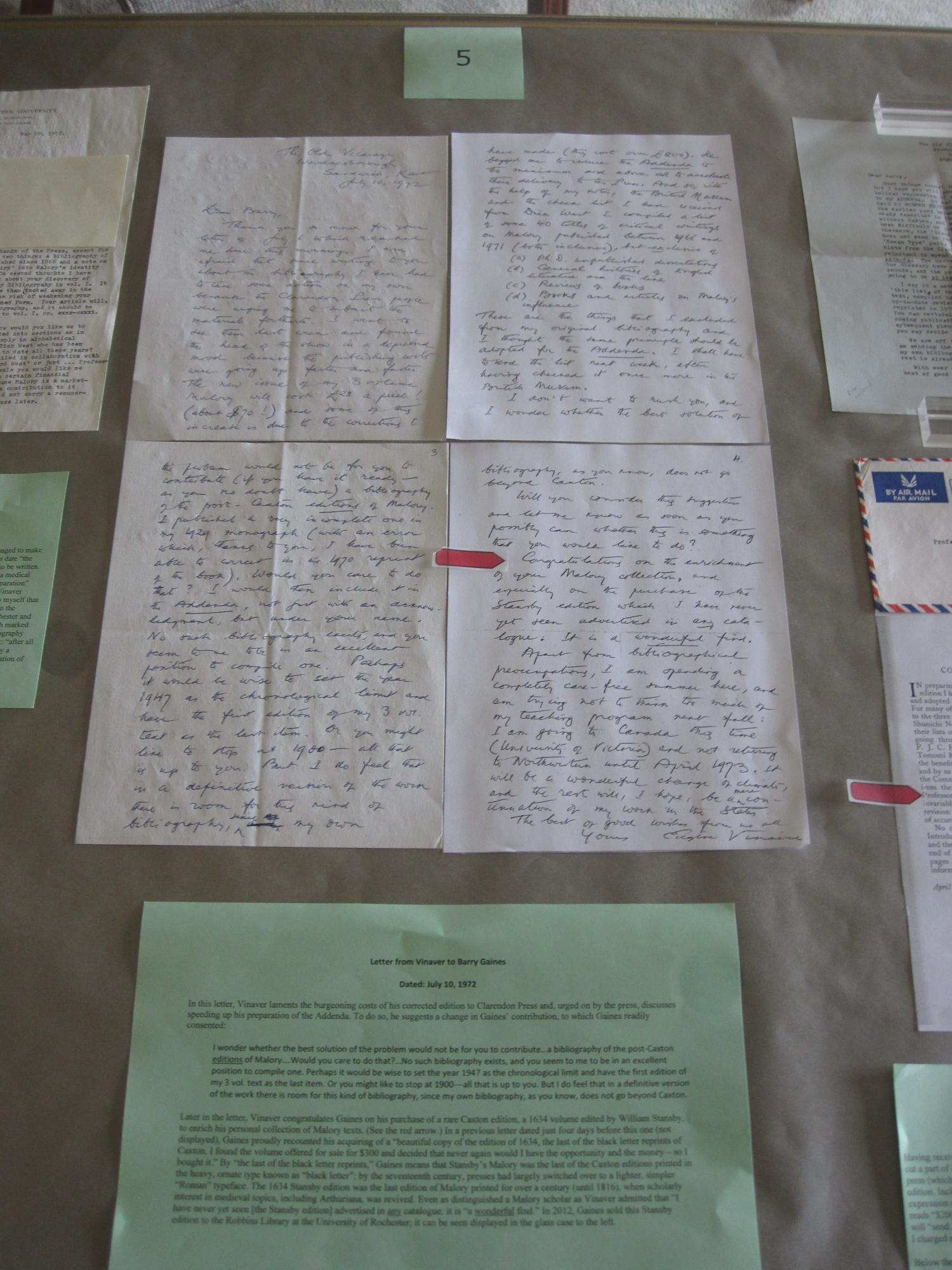 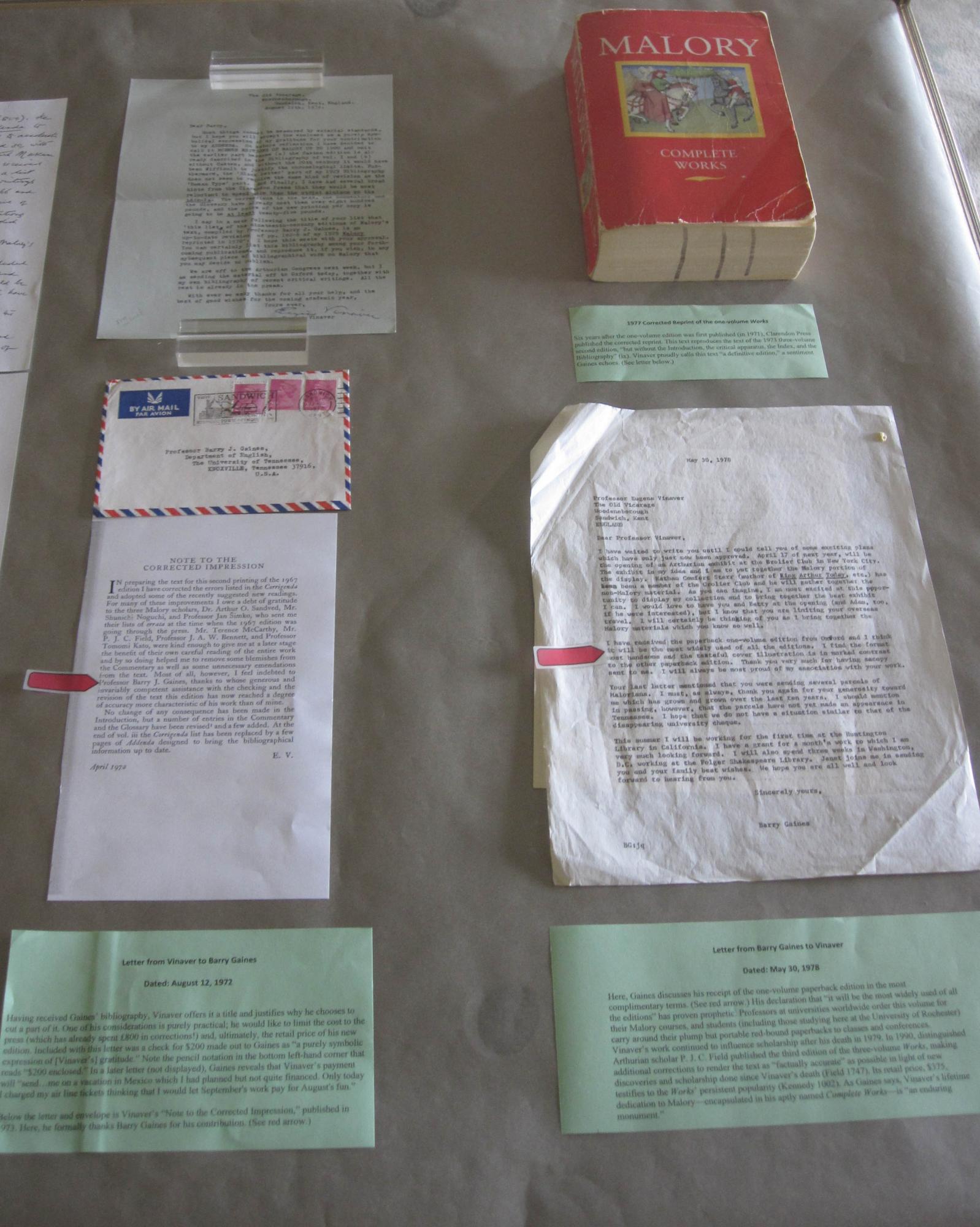 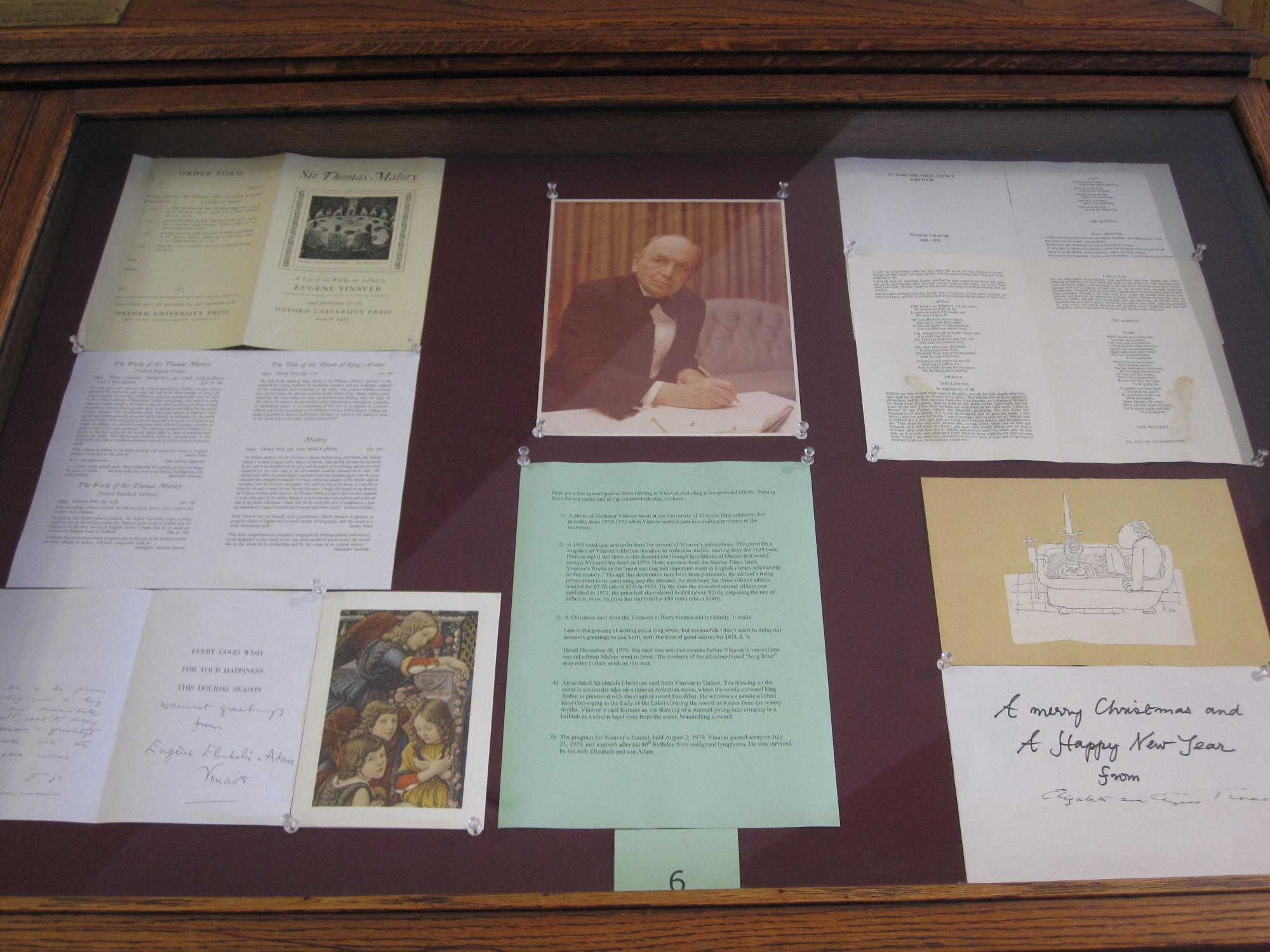 Counterclockwise from the center: a photo of Vinaver taken at the University of Victoria, a 1955 catalogue and order form for Vinaver's Arthurian publications, a 1970 Christmas card from the Vinaver family to the Gaines family, a handmade Christmas card featuring a comical Excalibur drawing, the program for Vinaver's funeral held August 2, 1979.