These photos, courtesy of Valerie B. Johnson, record the Rossell Hope Robbins Library exhibition, Malory's Morte d'Arthur, that ran from January to May of 2010. All items featured in this exhibition come from the collection of Alan Lupack and Barbara Tepa Lupack. 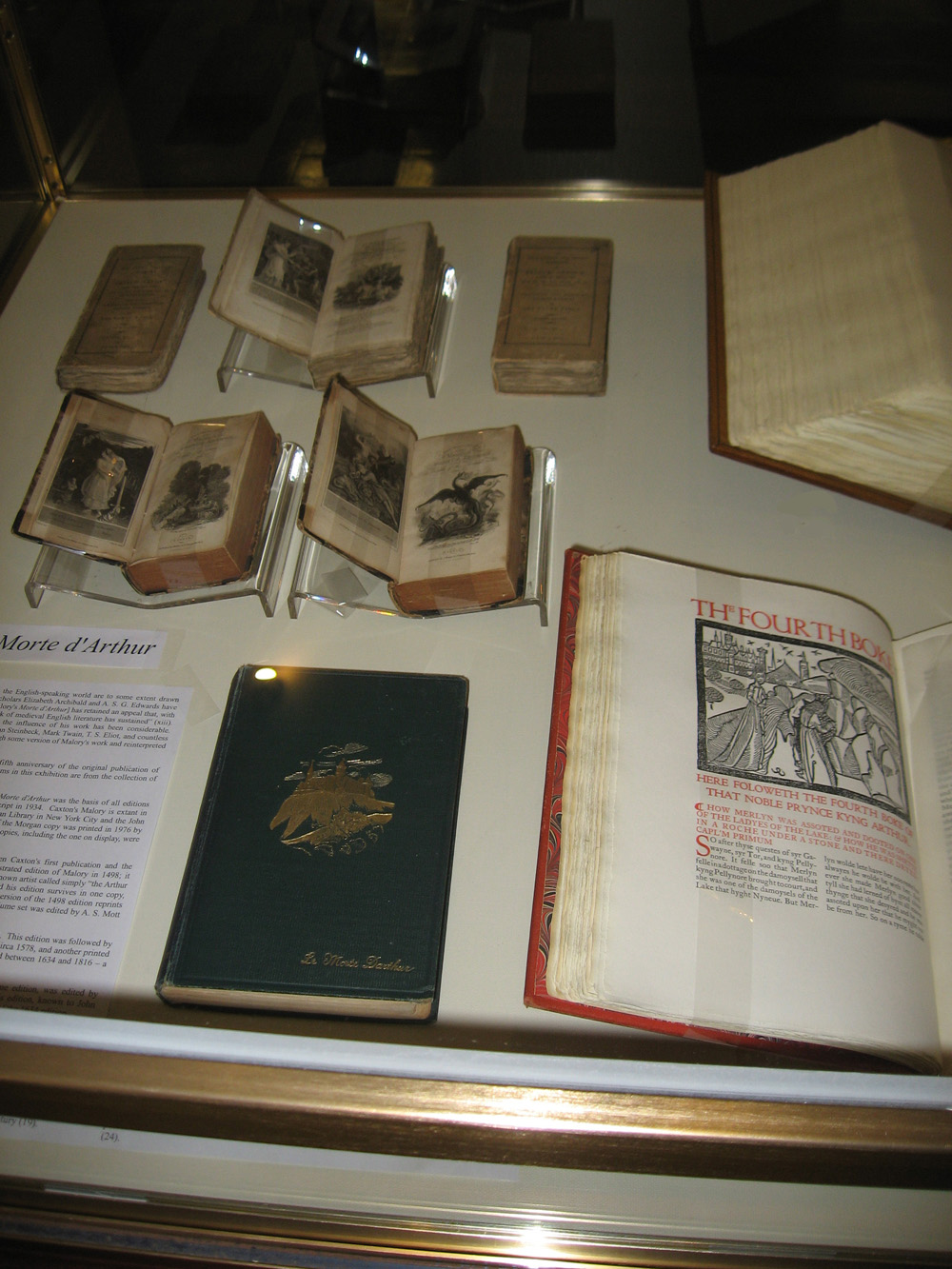 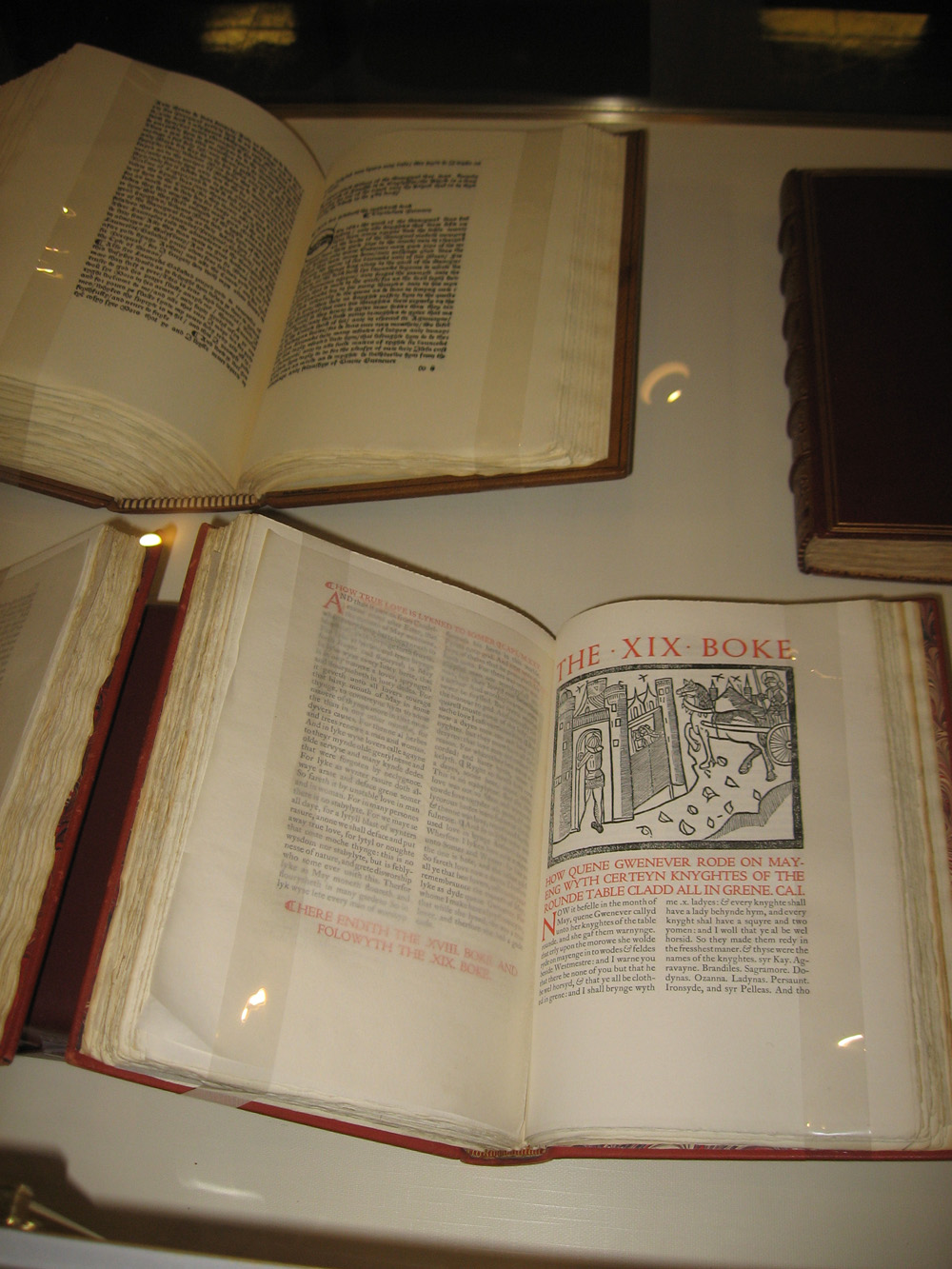 This view of Case One focuses on two reprints of the earliest editions of Malory's Morte d'Arthur. Above: 1976 facsimile of Caxton's 1485 edition of Malory; below: volume 2 of the 1933 Shakespeare Head Press edition of de Worde's printed edition. 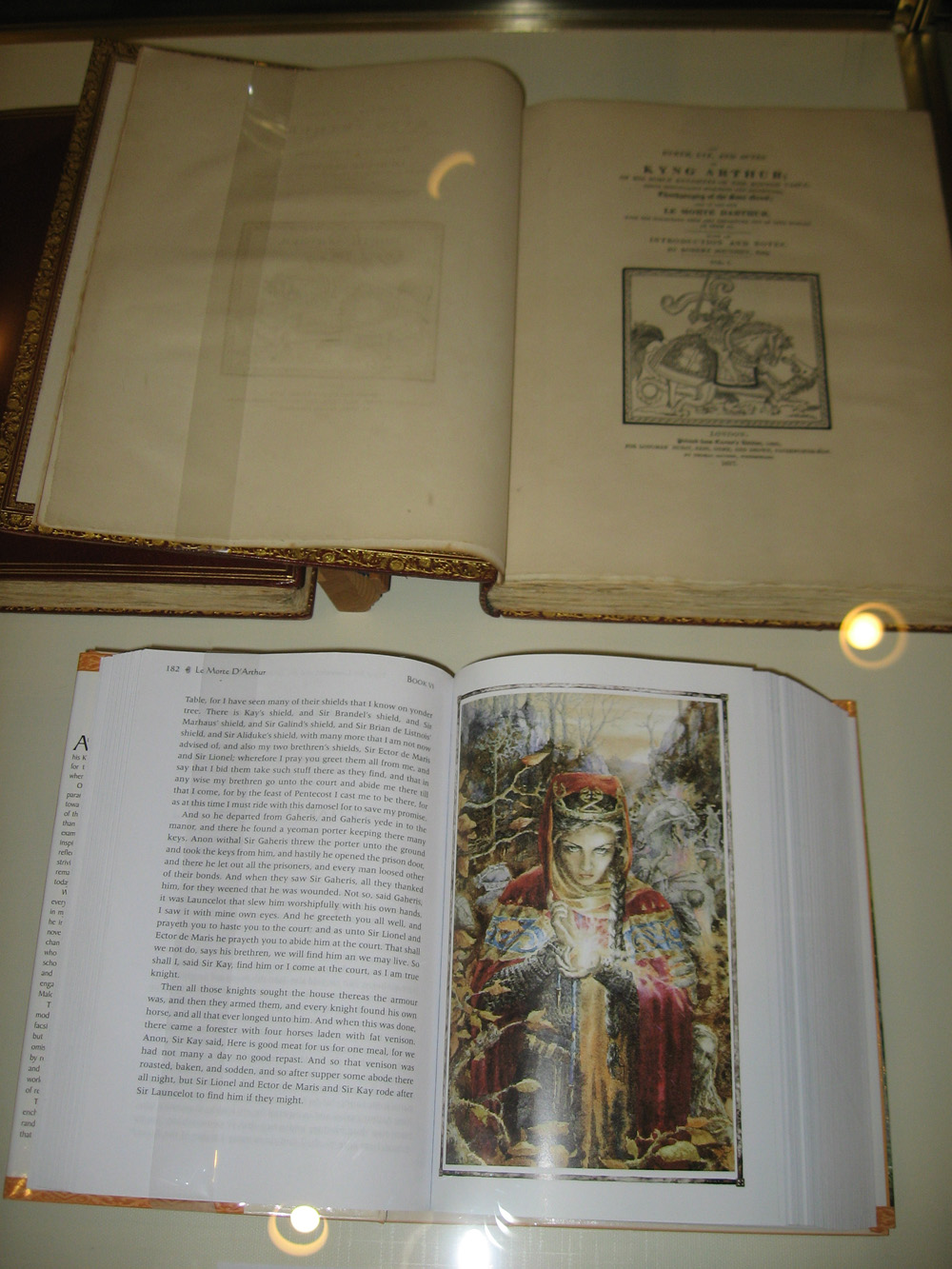 This final photo of Case One juxtaposes two versions of Caxton's text separated by almost two hundred years. Above: Southey's 1817 edition; below: Cassell and Company's 2000 edition, illustrated by Anna-Marie Ferguson. 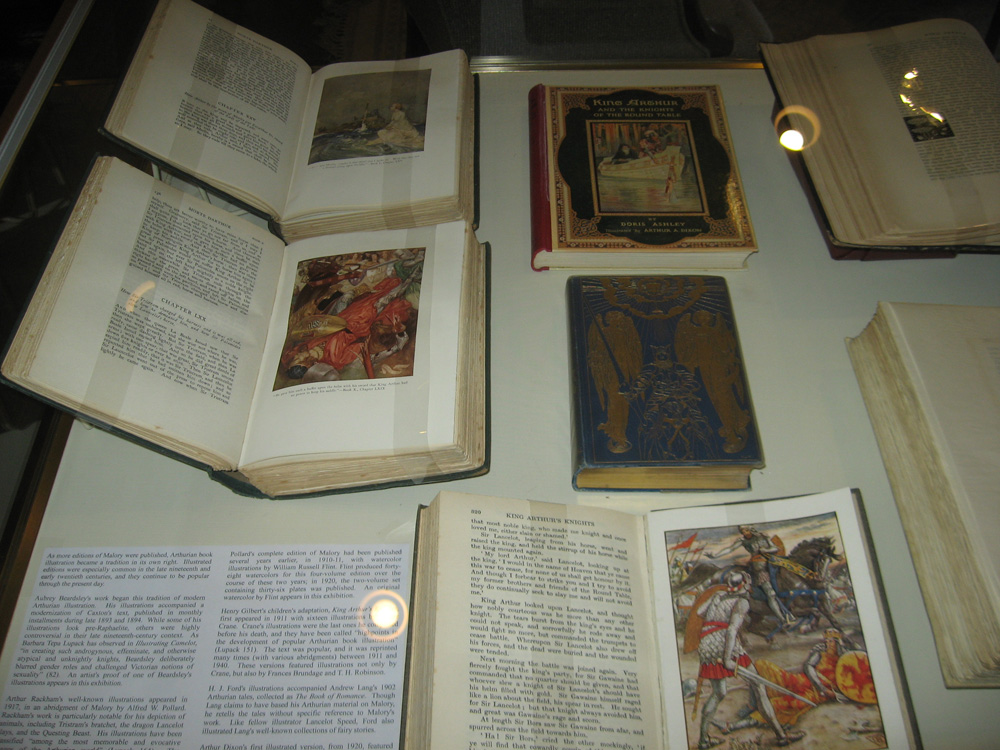 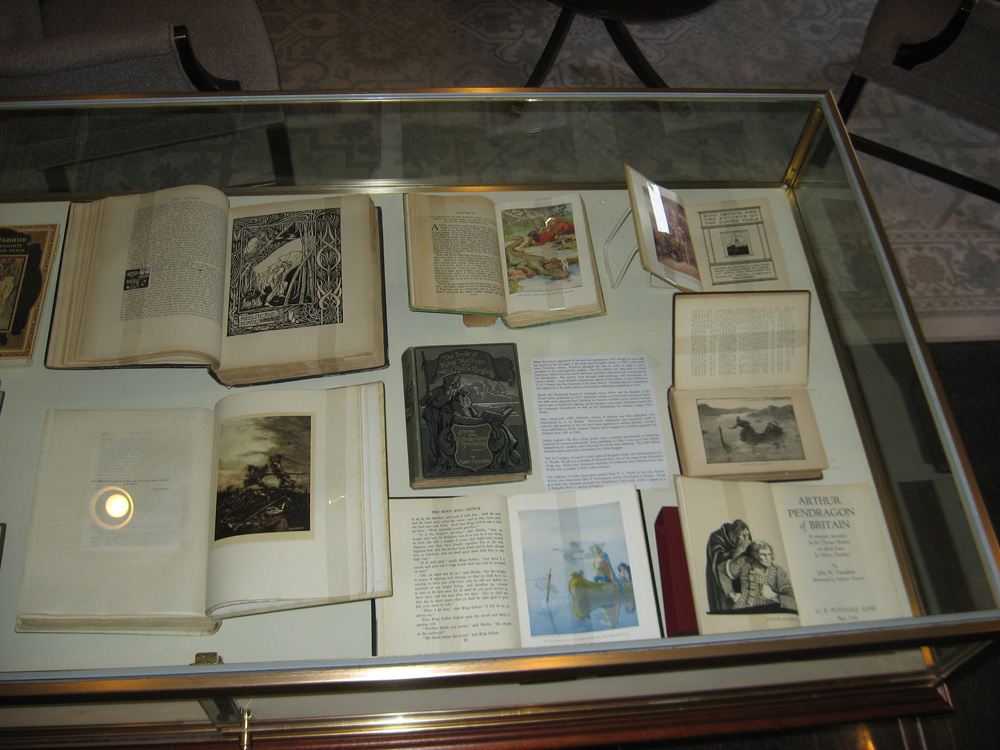 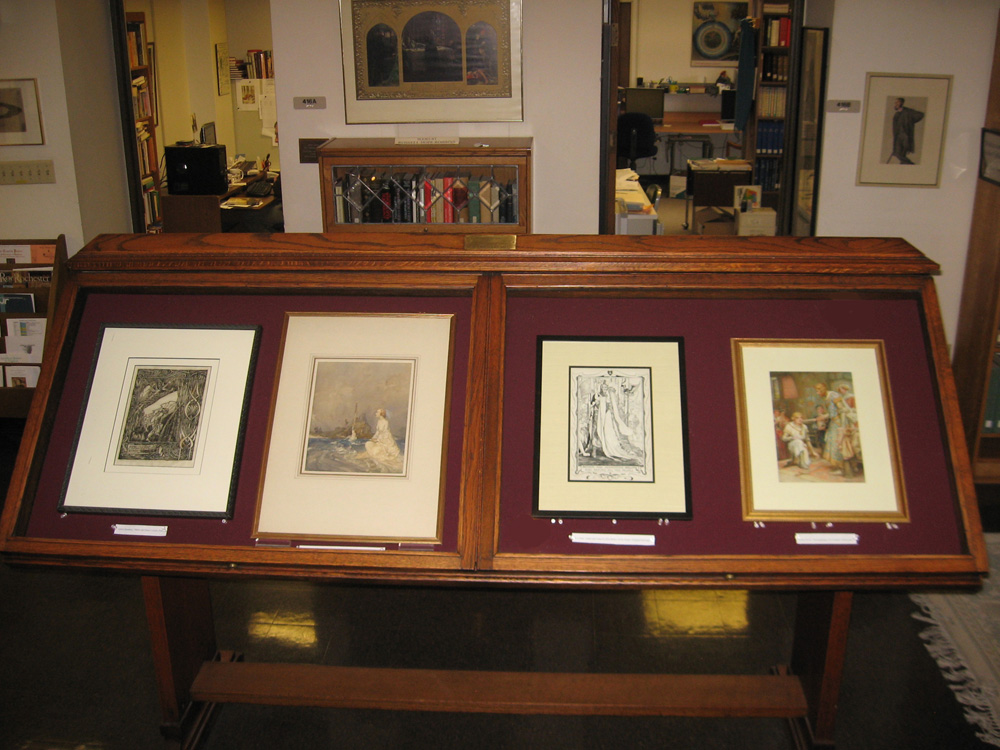 These two cases, Three and Four, held original art by four famous Arthurian book illustrators. The artifacts, from left to right, are as follows: Aubrey Beardsley's "Merlin and Nimue" (Artist's Proof); Sir William Russell Flint's "'Lo!' said Merlin, 'yonder is that sword that I spake of.' With that they saw a damosel going upon the lake" (Original Watercolor); H. J. Ford's "Arthur and Guinevere Kiss Before All the People" (Original Drawing); and Arthur Dixon's "The Knighting of Sir Galahad" (Original Watercolor). 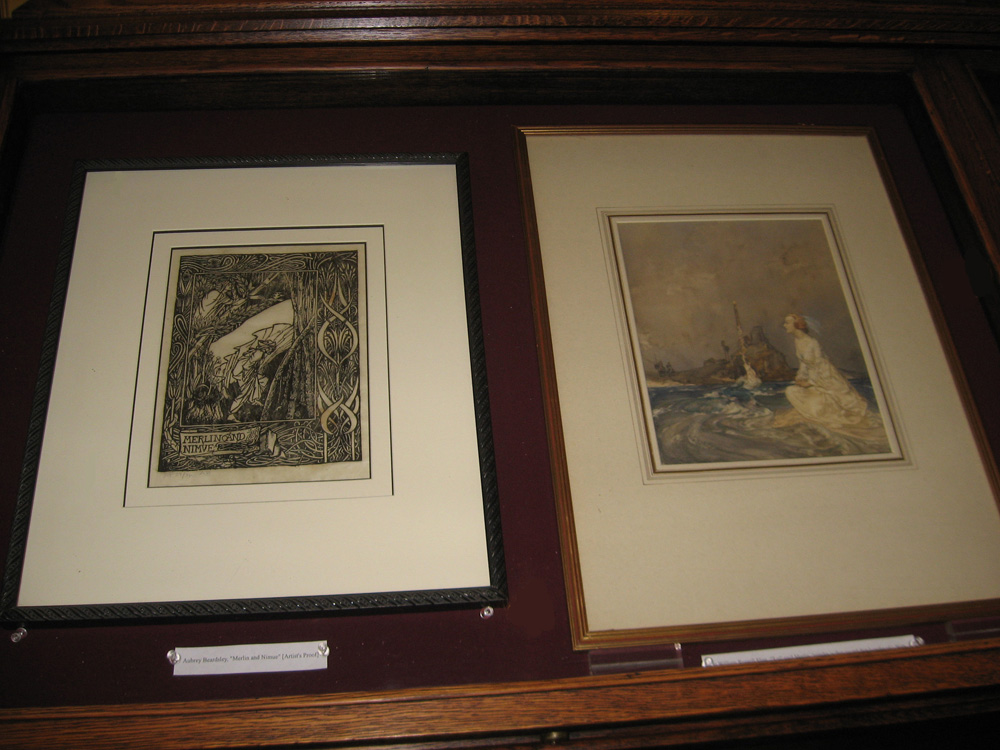 This photo of Case Three shows a closer view of Beardsley and Flint's art. Left: Beardsley, "Merlin and Nimue"; Right: Sir William Russell Flint, "'Lo!' said Merlin, 'yonder is that sword that I spake of.' With that they saw a damosel going upon the lake" 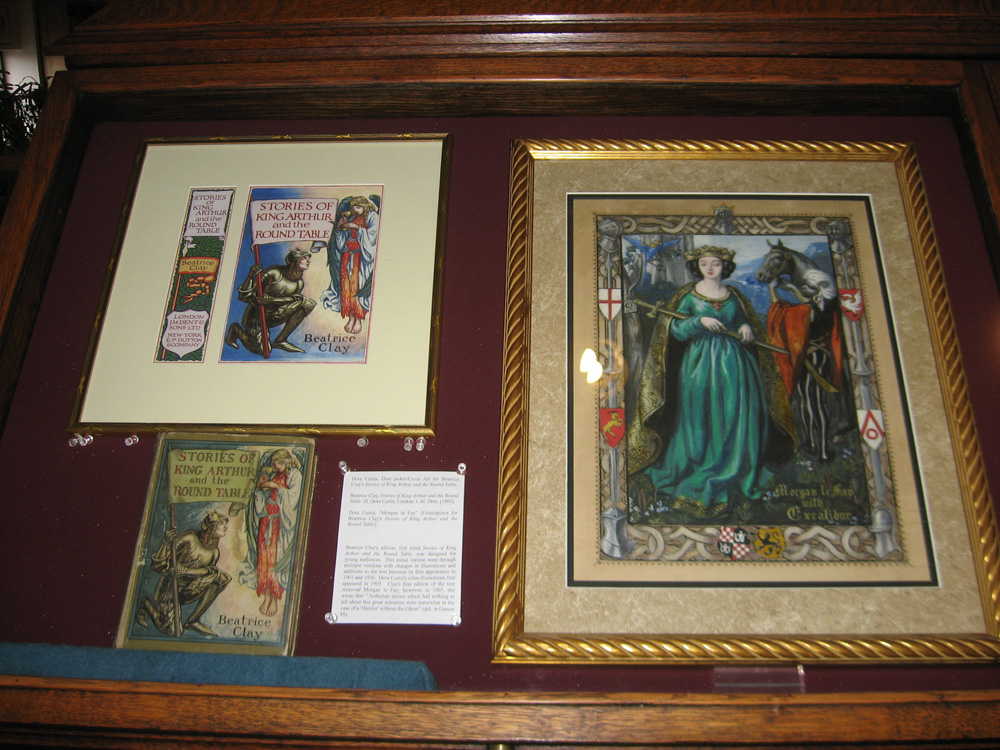 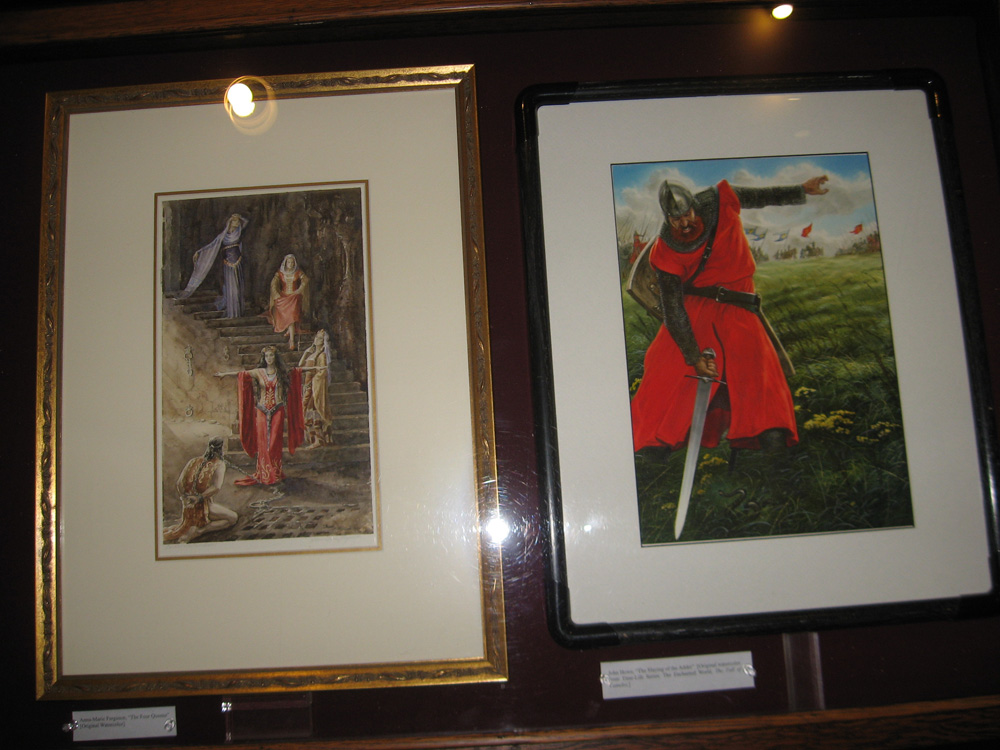 Case Six contained two pieces of art, both of which are original watercolors. Left: Anna-Marie Ferguson, "The Four Queens"; Right: John Howe, "The Slaying of the Adder"